every Monday and Thursday

every Monday and Thursday

This class is for anyone who wants to develop physically, mentally and spiritually. The aim is for you to become a better version of yourself in your life and for participants to become a mutually supportive group over time.
My yoga background is based on Hatha (Sivananda Yoga Acharya), Ashtanga and Katonah yoga, combined with elements from spiral dynamics and coaching. Registration: Private message me or make a donation and I will send you the zoom link. Donation based. Recommended minimum contribution 8€ per hour, more is better, much more is even better: https://www.paypal.me/thike.
LGBTQIA+ welcome. Classes are held in German or English, depending on the participants.

Yoga private sessions – in the comfort of your home

Ideal for all those who are new to Yoga and want to build a good, healthy practice.

Ideal for those with a tight schedule.

LGBTQIA+ welcome. Classes are held in English or German, depending on the participants. 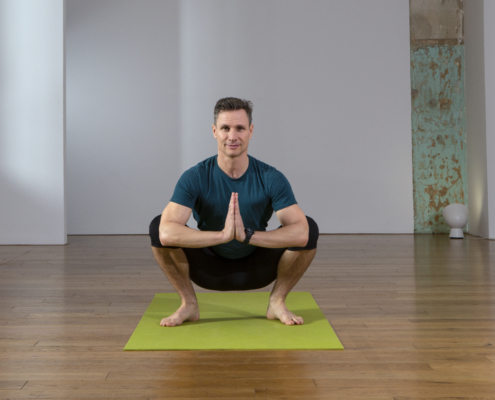 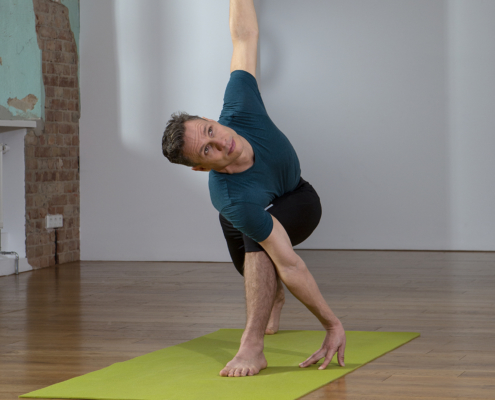 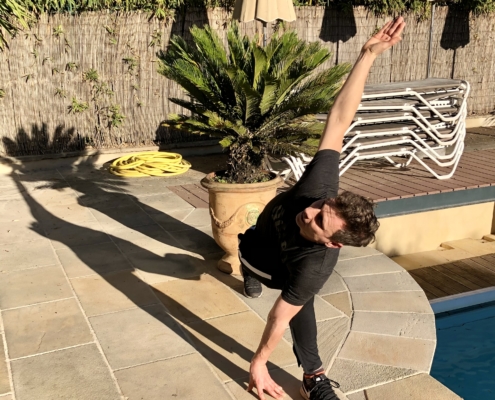 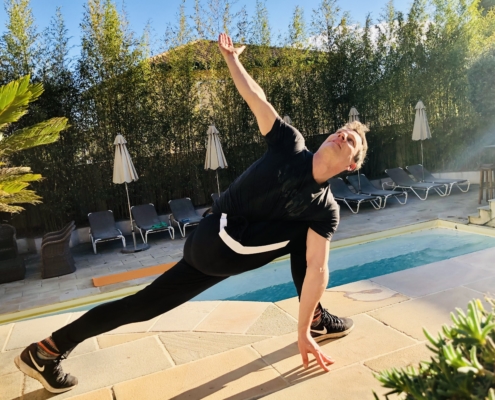 Is it a sport, a philosophical teaching, a religion or the harmony of body and mind?

Actually, it is a little bit of everything, because already more than 5000 years ago in India people looked closely at the connection between thoughts and the mental state and the body, movement and nutrition. In the West, to a large extent, the consideration of movement and the thoughts has arrived and only in some yoga schools also the integration of nutrition.

Just as yoga originally viewed the body holistically, as the interplay of body, movement, thoughts, nutrition and environment, I try to pass on the knowledge of the different disciplines:

What is the goal of yoga?

The goal of yoga is quite simply the liberation from suffering. And here every form of suffering is meant:

How do I achieve liberation from suffering?

The classical yoga path includes exercises for body, mind and breathing as well as advice on nutrition.

The aim is to calm the mind and body to such an extent that prolonged sitting in meditation becomes possible. The shortcut to liberation from suffering leads via enlightenment, the state of being all-one with everything that exists, the suspension of yin and yang or being constantly absolutely present in the here and now. And to get close to this, the classical exercises of yoga, the eight-limbed yoga path, help us:

1.Yamas – dealing with the environment

2. Niyamas – dealing with oneself

3. Asanas – dealing with the body

4. Pranayama – dealing with the breath

5. Pratyahara – dealing with the senses

Which yoga style suits me and what do you teach?

There is a great variety of different yoga styles: Hatha Yoga, Ashtanga Yoga, Flow Yoga, Yin Yoga, Kundalini Yoga, Sivananda Yoga, Jnana Yoga. But which style suits me and what do you offer?

Thilo Keller’s home is in classical hatha yoga, a style that has movement and regeneration phases between the individual exercises. “I originally learned Sivananda Yoga and completed the highest level of training there to become a Yoga Acharya. This is a comprehensive style of yoga in which nutrition, intensive breathing exercises and a lot of meditation and rituals are just as important as the yoga asanas and philosophy. Later my style evolved and I was significantly influenced by Ashtanga Yoga, Spiraldynamik® and Katonah Yoga. Spiraldynamik® and Katonah Yoga in particular have fascinated me for a number of years – here special emphasis is placed on good alignment as the basis for resolving blockages and the body is seen as a mirror of the inner state.